January 2022: I took part in a festival of research with the guitarist Katalin Koltai mounted by the Faculty of Arts and Social Sciences at the University of Surrey. 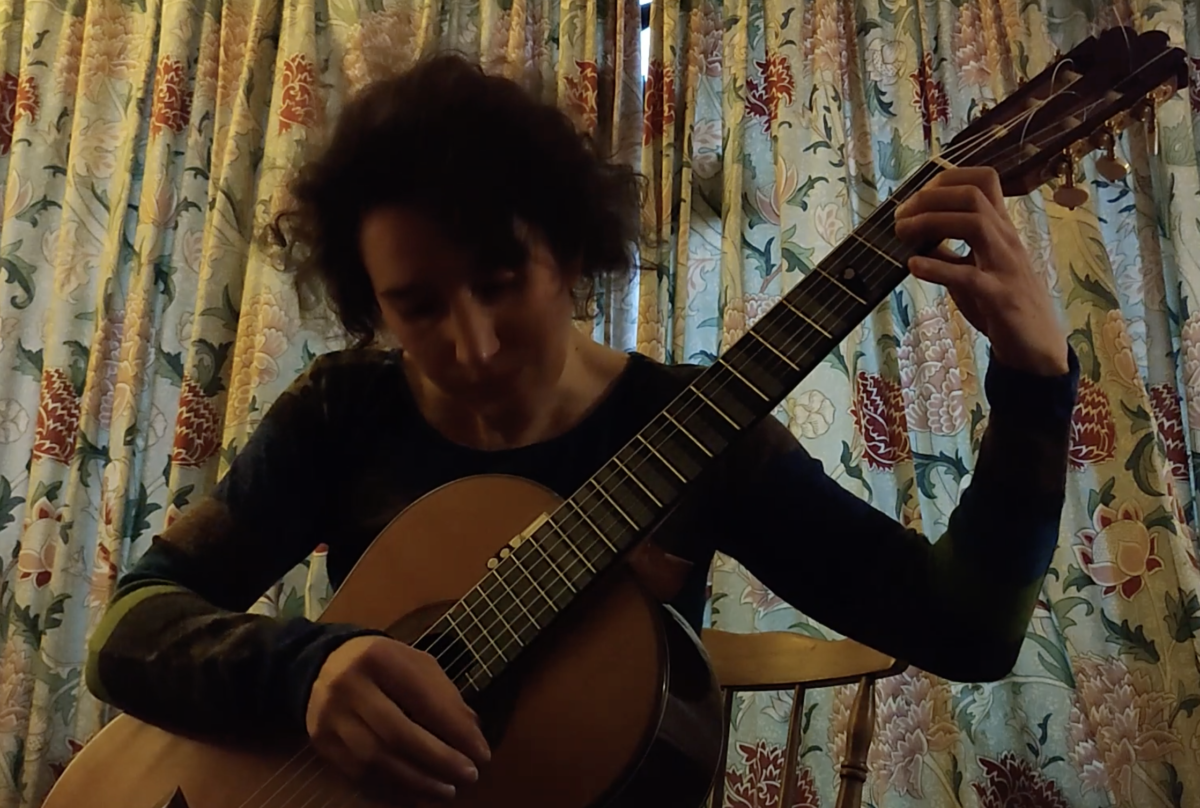 January 2022: I took part in a festival of research with the guitarist Katalin Koltai mounted by the Faculty of Arts and Social Sciences at the University of Surrey. It was the first outing for music from a piece provisionally entitled Bartókiana (after Tchaikovsky’s Mozartiana) that presents a series of transcriptions, pastiches and other responses to folk arrangements by Béla Bartók. The piece is being written specially for Katalin and a new guitar that she has designed and had built as part of her PhD with the International Guitar Research Centre (IGRC) at Surrey. The instrument has metal strips built into the fretboard that allow magnetic capos (also developed by Katalin) to be placed on each string thus easily altering their pitches and, in effect, creating an entirely new tuning. Reconfiguring what the late guitarist Roland Dyens called the ‘lungs’ of the guitar brings a new flexibility for guitarists and composers interested in transcription. Bartók never wrote for the guitar and his musical language is not naturally ‘guitaristic’ but the new instrument and capo system Katalin has developed now bridges the gap between the guitar and Bartók’s chromatic, dissonant idiom. In the presentation Katalin discussed the capo system, how it works and how it facilitates realising Bartók on the instrument; I talked a little about my compositional process so far, the challenges I was facing and my attitude to musical borrowing (tending towards homage rather than parody or distancing).